A very special alum of the Cedric Walker HBCU Challenge will be our special guest starter Saturday when the two cross-country races take off at WakeMed Soccer Park in Cary, N.C. 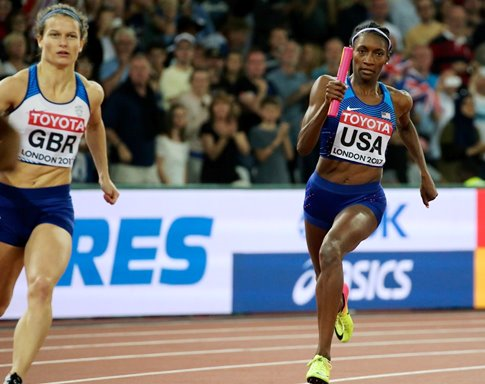 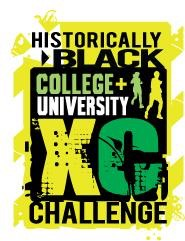 a 2015 Livingstone College (Salisbury, N.C.) grad and Hope Mills, N.C. native – now one of the world’s top long sprinters with four IAAF World Champs/Relays medals and an American record – will return to join us as we celebrate the 7th Challenge since the event was launched in 2010.

Hayes ran in the 2013 and 2014 races for Livingstone here, no doubt part of her strength- and base-building for the track seasons beyond. She had a stellar career for the Blue Bears, winning six NCAA Division II titles, many more CIAA crowns and establishing eight indoor and outdoor school records.

Her past two seasons since have elevated her to international stardom. In late winter of 2016, she made Team USA for the IAAF World Indoor Champs in Portland – where she captured the bronze medal in the 400m (51.76 seconds) and the gold in the 4x400 (3:26.38). That summer she was 8th at the Olympic Trials, not quite attaining her goal of making it to Rio following a bone-marrow transplant. 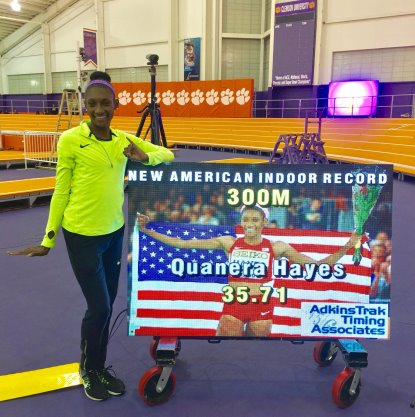 But in 2017, Hayes came back better than ever. During the indoor season, she set an all-time American best at the 300m distance at Clemson at 35.71. Hayes followed that up just weeks later at the IAAF World Relays, racing on the gold medal 4x4 quartet there (3:24.36).

Then at the USA Championships in Sacramento in June, Hayes ripped a PR 49.72 400 to earn another Team USA spot for the IAAF World Outdoor Champs in London. There, she just missed advancing to the final in her individual race, but helped lead still another American gold medal performance in the 4x400 (3:19.02) with a stellar leadoff leg. That gave Hayes three Team USA 4x400 golds in less than 18 months.

The return of Hayes to the HBCU Challenge is extra special for Jacque Kendall of the NSAF staff and meet co-organizer. Kendall is also a Livingstone alum (’81) and a member of the college’s Hall of Fame. She was one of the founding members of the pioneering Livingstone women’s track and field teams of the late 70s and early 80s as the sport was launched at the school. 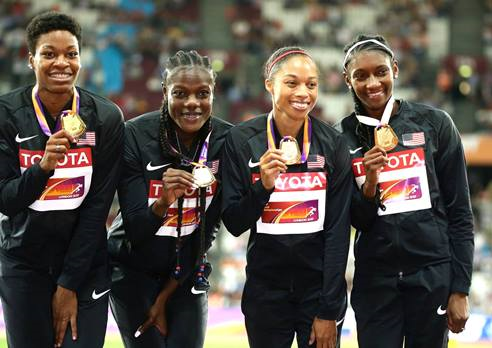 “Quanera’s inclusion in the HBCU meet, as well as following her career, is very important to me because I feel that if we had not started Livingstone's track team maybe there would not be a Quanera Hayes at Livingstone!” she said.

“Her winning the national title and setting the 300m record was very reminiscent of things accomplished by Francena and also showing that a small NCAA Division Two school can have athletes that excel on the national and international level.”

Kendall is referring, of course, to Francena McCorory, who set the national high school records at 300m and 400m in 2006 – the latter at the NSAF’s Nike Indoor Champs – and then was an NCAA champ at HBCU power Hampton U., a perennial champion here at the Challenge. McCorory has gone on to win nine medals for Team USA at Olympic and World events, including golds in the 4x400 at the 2012 and 2016 Olympics, as well as the 2014 World Indoor 400. 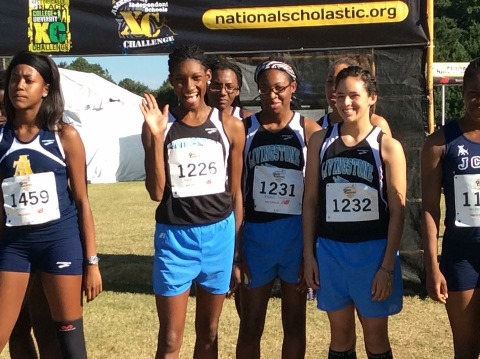 Another recent and pertinent example of an HBCU T&F athlete excelling at the highest levels, circa 2017, has been North Carolina A&T State’s Chris Belcher – who was 3rd in both the 100 and 4x100 at the NCAA D1 Champs this spring, then made Team USA in the 100 at London (advancing to the semis). The Aggies are yet another team often on the podium at the Challenge (men’s defending champ) and, of course, A&T hosts our NBNO every June in Greensboro.