Back to Havana! Team NSAF headed to Cuba again in 2019

After traveling to and competing in Freeport, Bahamas in 2018, Team NSAF is thrilled to be returning to Havana, Cuba this spring! We have selected 28 student-athletes from around the country to compete with us in the 2019 Memorial Barrientos, the multi-nation international meet taking place June 7-9 in Havana’s Estadio Panamericano.

Our Team NSAF includes a great mix of state and national champions, list leaders and rising stars. They represent 18 states – from Rhode Island to Texas, and from Washington to Florida – and some of our best and brightest young stars in the sprints, hurdles, jumps, throws and middle distances. Team NSAF will also be looking to continue its tremendous success in the relays – which have never dropped a baton under Coach Paul Limmer!

It’s been four years since our historic first trip to Cuba – and 13 since we started the Caribbean Scholastic Invitational in Puerto Rico in 2006.

Team NSAF will travel to Havana on Wednesday, June 5, then Thursday, June 6 will provide an opportunity for a brief pre-meet workout and to take in some of the Cuban culture, with the Memorial Barrientos set for Friday, June 7 through Sunday, June 9. Team NSAF will return to the States later Sunday.

The NSAF started the Caribbean Scholastic Invitational in 2006 in Puerto Rico, with the intent of providing rising star athletes – generally high school juniors considered Youth or Junior Team USA prospects – an opportunity for a first international team experience in a low-pressure environment. We continued to hold the meet in San Juan through 2013.

In 2015 we were able to move the meet to Cuba (see this story for the history), giving our squad the amazing bounty of not only their first international team training and competitive experience, but the chance to do so as historic “athletic diplomats,” if you will, to the eternally unique city of Havana and it’s incomparable venue, Estadio Panamericano.  It’s been something each of them will never forget – the team, the meet, the experience.

That team – featuring record-setters and future world champions like Noah Lyles, Grant Holloway and Anna Cockrell – battled many top Cuban Youth and Junior athletes to produce two days’ worth of stellar performances. The hospitality shown Team NSAF by our Cuban hosts was also unforgettable, highlighted by an opening ceremony that featured outstanding musical performances and a finale that featured both NSAF and Cuban teams in the stage waving their national flags together!

The 2015 meet in Havana was essentially a Team NSAF-Cuba dual meet. Subsequent meets were part of the historic Memorial Barrientos, Cuba’s top international meet, which afforded opportunities for our team to compete against Youth/Junior athletes from multiple nations, as well as some Senior-level athletes.

With Estadio Panamericano undergoing renovations last year and the date of the Memorial Barrientos moved, Team NSAF traveled to and competed in the Bahamas in 2018 (see below, after team listings). 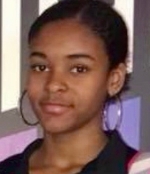 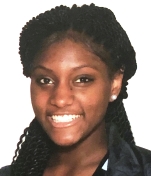 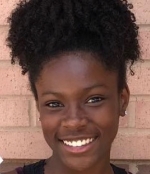 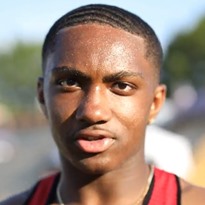 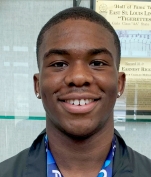 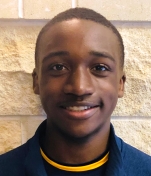 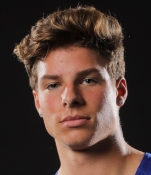 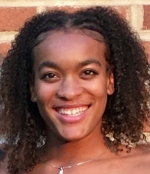 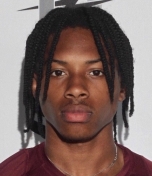 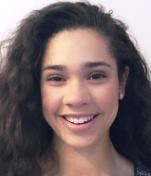 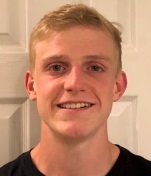 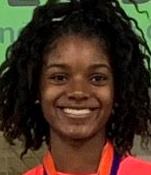 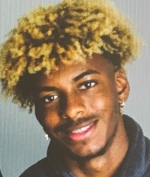 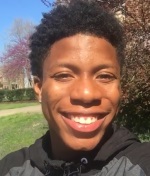 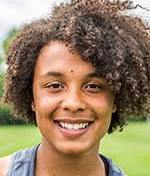 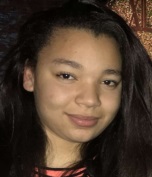 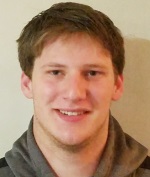 The 28 athletes of Team NSAF – competing at the Frederick Bastian Track and Field Classic at the Grand Bahama Sports Complex in Freeport – produced a full day’s worth of outstanding performances during their first-ever trip to the Bahamas this past Saturday (June 2). Team NSAF had competed previous years in its own Caribbean Scholastic Invitational (CSI), launched in 2006, then in Cuba in a dual with Cuban Youth and Juniors (2015) and at the Memorial Barrientos (2016 and ’17).

Warm weather and lots of sunshine greeted Team NSAF at the Grand Lucayan Hotel for the three-night stay, as well as during Saturday’s meet – where nearly 300 Bahamian athletes of all ages provided the competition.

Here are some of the highlights:

Equally important: Team NSAF had the bounty of veteran guidance from Coaches Paul Limmer, Carmen Jackson and Sports Psychologist Dr. Margaret Ottley; treatment from the greatest medical staff in the sport; and bonded together over the four-day trip! 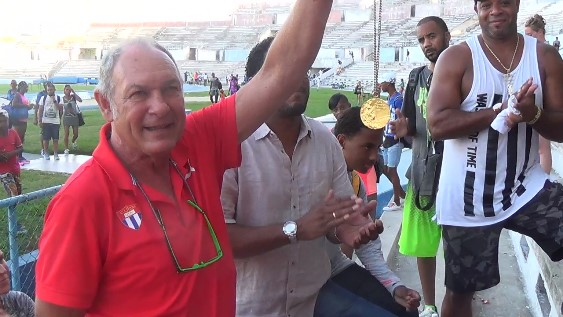 After the final event, Juantorena joined the NSAF contingent at the behest of Tracy Sundlun, the NSAF board member who first met Juantorena during his historic 1976 Olympic 400-800 double. Sundlun and Juantorena together created the opportunity for CSI’s move to Cuba three years ago. During the talk, El Caballo pulled out one of his ’76 Montreal gold medals, looking as new as can be after nearly 41 years. He was accompanied by countrymen Javier Sotomayor – history’s only 8-foot high jumper (1993) and the 1992 Olympic gold medalist – and Anier Garcia, the 2000 110H Olympic gold medalist.