There’s still more than a week before the first starting gun goes off for the 2019 Great American Cross Country Festival – Saturday, October 5 at WakeMed Soccer Park in Cary, N.C. But an early

look at entries reveals some tantalizing competition ahead for the boys’ and girls’ Nike Race of Champions battles.

For the fourth straight year, the meet will serve as the Nike Cross Nationals Southeast Pre-Regional Meet – and a number of outstanding teams from states like Virginia, Florida, Alabama, Georgia, Maryland and, of course, North Carolina will be previewing the course with an eye on the Nov. 30 NXN Southeast meet.

But how about some of the entries from the far corners of the country, like New York and California?

Coach Doug Soles last brought his Great Oak HS, CA teams out here in 2011, with the boys taking 2nd and the girls 5th – and it was also the last time a California school competed at GAXC. His squads have, of course, since continued to ascend higher among the nation’s best teams, with the Great Oak boys winning the 2015 NXN title and finishing 2nd last year, and the girls’ scoring a pair of runner-up finishes.

Now they come in with Great Oak’s boys ranked #1 nationally by DyeStat.com to start the season, with the girls #5. Both ran in the prestigious Woodbridge Invite last weekend – the boys runner-up to US#4 Newbury Park CA and the girls a very close 3rd behind strong state rival Buchanan and South Region #1 Southlake Carroll TX. 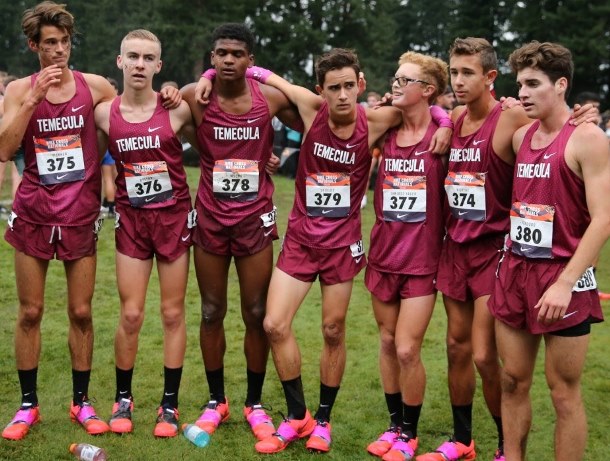 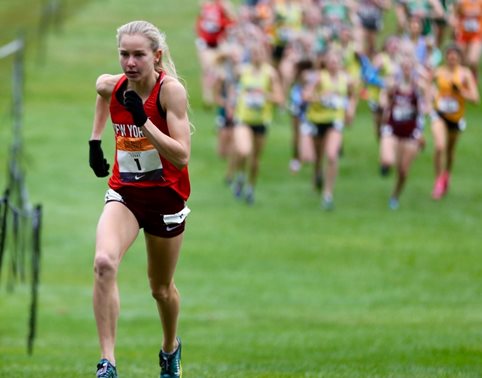 The girls’ Nike ROC will also feature no less than 2-time NXN champion Katelyn Tuohy and her North Rockland team from New York. Tuohy, now a senior, rolled to her first national title as a soph in ’18, then repeated last fall. It will be her first time running WakeMed and it goes without saying that the meet (16:40.9, Aisling Cuffe, 2010) and course (16:36.2, Nevada Moreno, 2015) records are in grave danger. 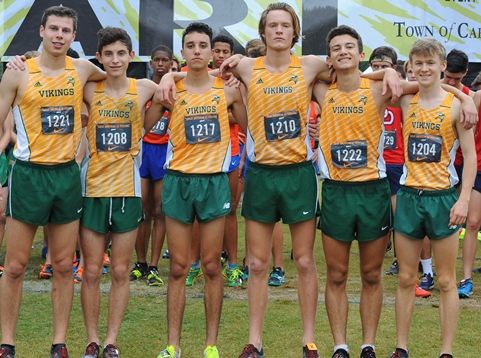 The Loudoun Valley boys, of course, are not only two-time defending champs in the Nike ROC, but also 2-time defending NXN SE and National Champions. They lost some outstanding runners to graduation, but still were US#3 to start the fall.

At right, Loudoun Valley at the GAXC start line last fall before they won their 2nd title. Photo by Cheryl Treworgy.

Before, during and after the competition on meet weekend at WakeMed, the Nike Apparel Tent will have all kinds of cool and exciting apparel and accessories! The tent will be open during packet pickup and the course run-through Friday afternoon, October 4 from 1pm to 5pm, then again on race-day Saturday, October 5 from 7am to 2pm.

The GAXC Festival started in 1999, was purchased by the NSAF in 2002, and has been hosted at WakeMed Soccer Park since 2009. The past few years we have had 13 boys' and girls' varsity and junior varsity 5,000m races, highlighted by the Nike Race of Champions events.