Some folks might think a national track and field coach of the year award is reserved only for those whose athletes win national titles, rack up All-American honors, or at least accumulate a couple handfuls of state championships. 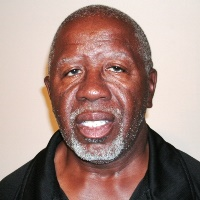 But sometimes it’s the individual who has the ability to be among those who quietly advance the sport, positively affect lives in different ways, and become forces for good in their communities who merits such an honor. Sometimes it’s that person whose influence gradually begins to outgrow the coach’s community and region, to the point where folks start to feel this person deserves recognition at a higher level.

Alton Tyre has become that person. And if ever there was a coach who did not seek out such recognition and thereby was stunned to learn he’d receive such an award, it’s this Southeast Guilford, N.C. boys and girls T&F mentor – who will be honored as the 2017 Mike Byrnes Coach of the Year at this year’s NBNO.

“I’m shocked,” he said, “and I’m grateful and deeply honored.” It’s not just Coach Tyre’s humility, but the fact that his primary focus was basketball and football for the first third of his 39-year coaching career. He’ll tell you when he tried track and field a few years in high school, he was awful, and while he was better at football and basketball, he began to quickly gravitate toward coaching during his college days.

Tyre’s first gig out of college was as a social studies teacher and coach at Bunn High School in N.C. in 1978. His dream was to become a “big-time head basketball coach.” By 1989 he was at Southern Nash HS in Bailey, N.C., coaching four sports with some success, but ultimately not completely satisfying.

It took then-Southern Nash AD Ray Davis to change and reset Coach Tyre’s focus. “He said, ‘Your strength is coaching track.’ I needed to embrace that.” Tyre knew how to identify talent, and he was getting better and better at developing it. That first became clear in ’79 at Bunn when he helped a barely known rising star named William Baker get a scholarship at St. Augustine College with legendary Coach George Williams – where he would unexpectedly become an NAIA All-American. “That kind of put me on the map,” he said. “I do know talent when I see it.”

Coach Tyre didn’t know everything there was to know about the sport, but he knew if you wanted to get better, you learned from the best. He connected with track and field coaching legends like George Williams at St. Augustine College, and Dr. Russell Blunt. Like Tyre, Blunt juggled basketball and track.

It’s not surprising that Tyre’s greatest success during his Southern Nash years came while Julius Peppers was on his team in in the late 1990s. Peppers’ story is legend from those parts – not just that he would later become a UNC All-American and 3-time first team All-Pro NFL star, but that he didn’t even try football until his senior year in high school.

But Peppers had long loved hoops, and T&F was up there, too. Even better, Coach Tyre loved the type of kid Peppers was. “He would make plays or have performances where you say, ‘I didn’t believe what I just saw.’ You didn’t trust your own eyes … But Julius was never full of himself. He was just one of the guys.” And, despite being 6-7 and 255 pounds, according to Tyre, he was 2nd in the state meet triple jump and ran on the winning 4x400. Then Southern Nash defended its title in 1999, after Peppers had graduated.

Coach Tyre was at Southern Nash for 17 years, through the 2006 season, but the 164-mile round trip daily commute had been wearing on him and it was time to work a little closer to home. He loved the school, but that summer he took teaching and coaching positions at Southeast Guilford – and went about building a great program again.

During the 2012 indoor season, Tyre’s boys’ squad tied for the state title with Knightdale. Then in 2016, the coach was surprised and delighted when his school’s big early-season meet was renamed the Alton Tyre Invitational Relays.

“A lot of my former athletes were there,” he said. “It was an incredible day.”